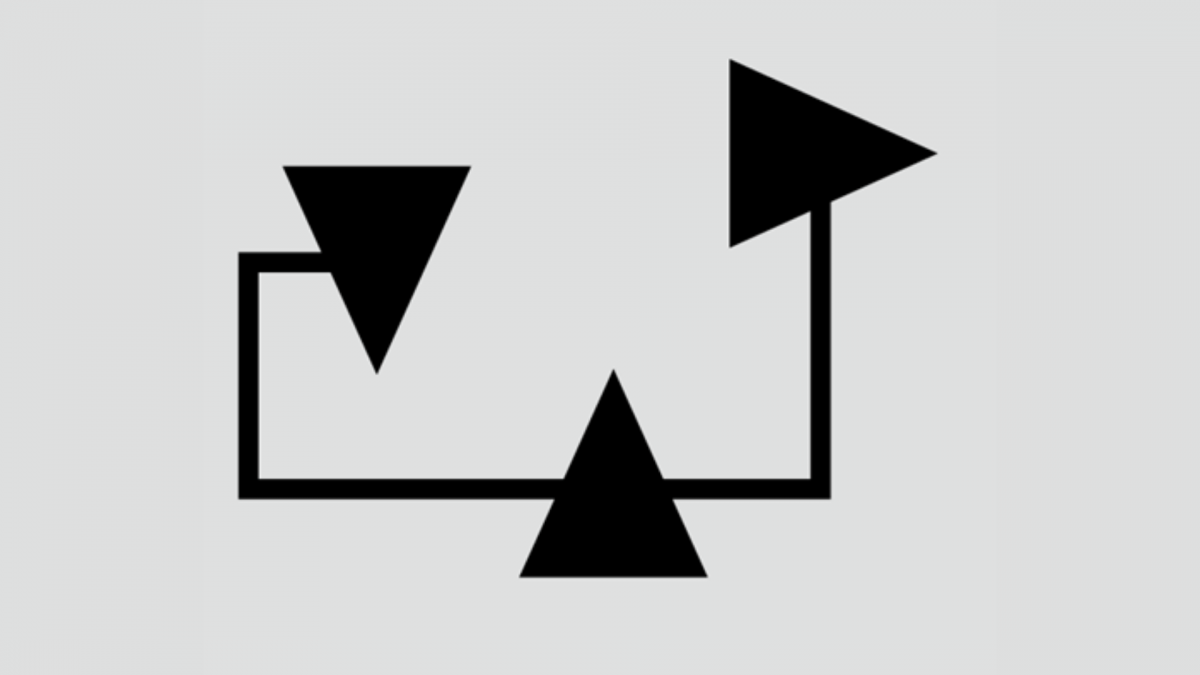 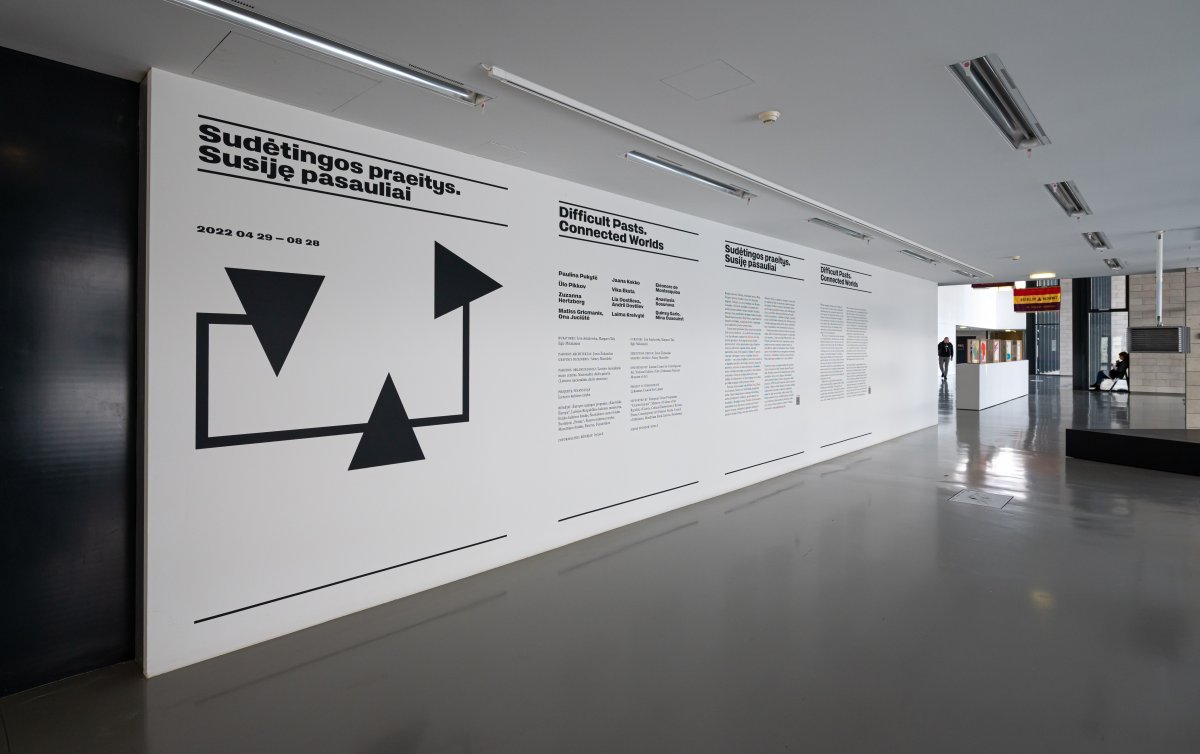 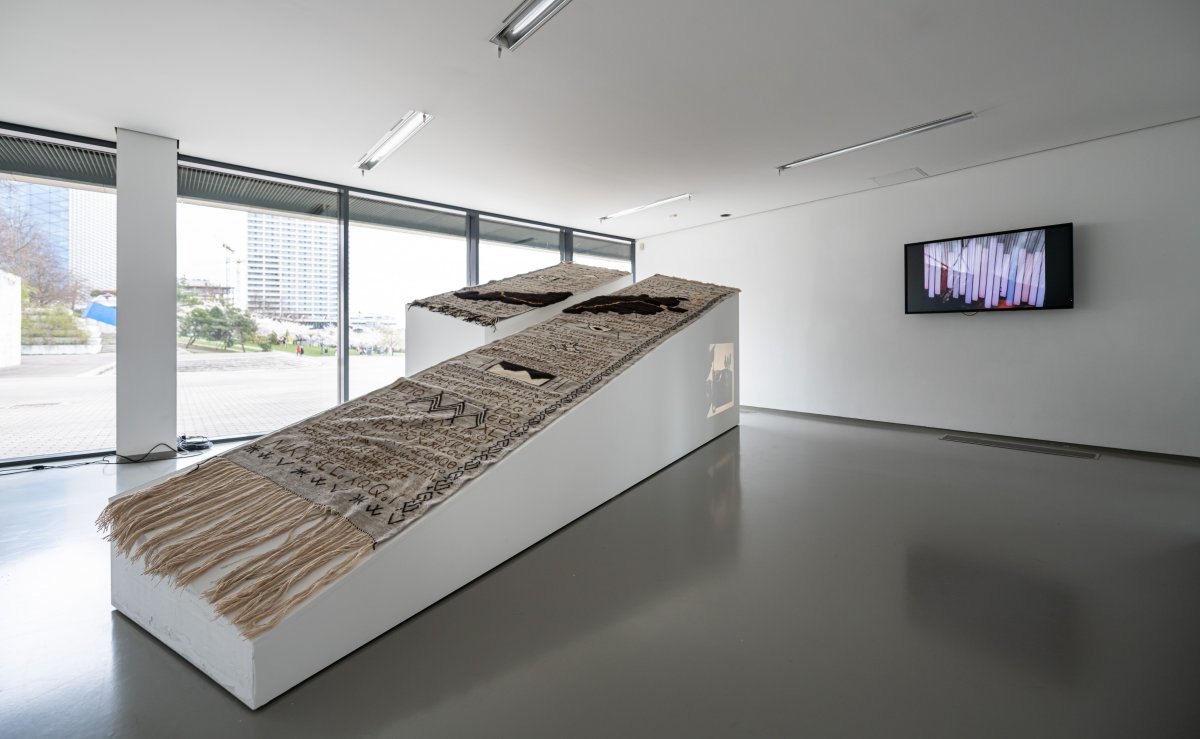 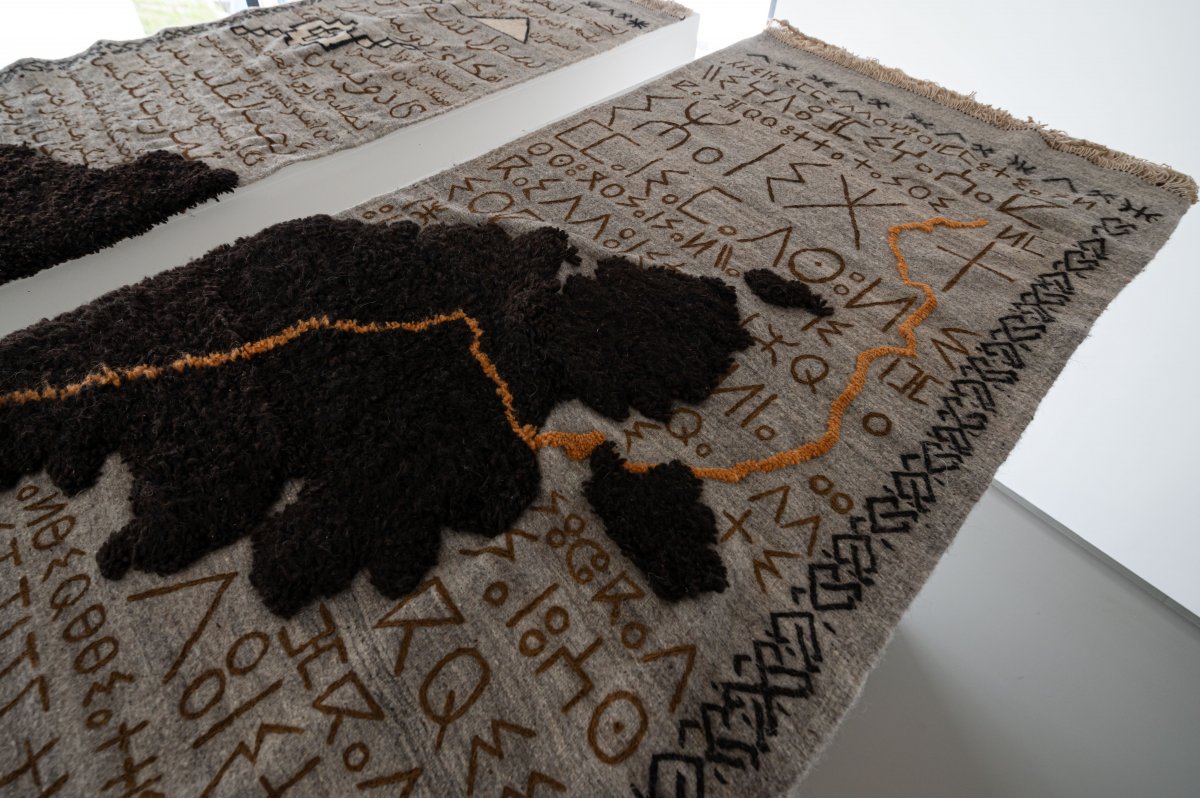 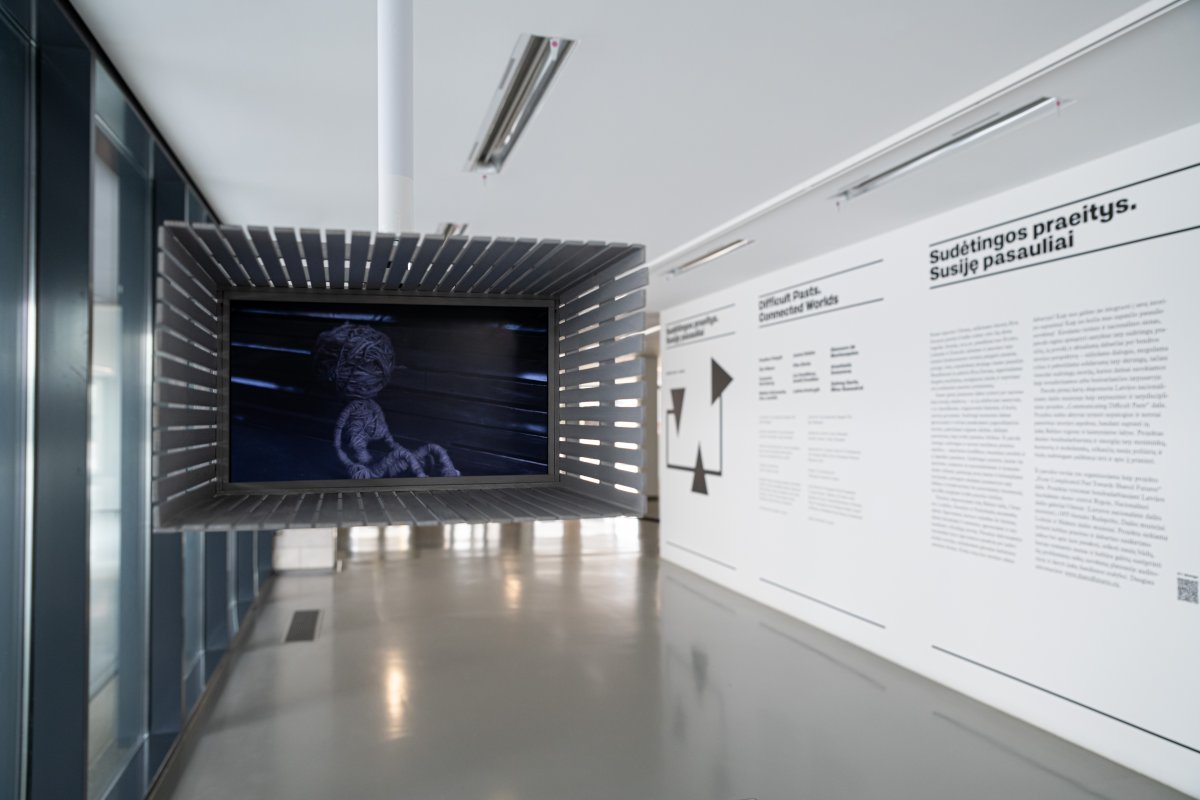 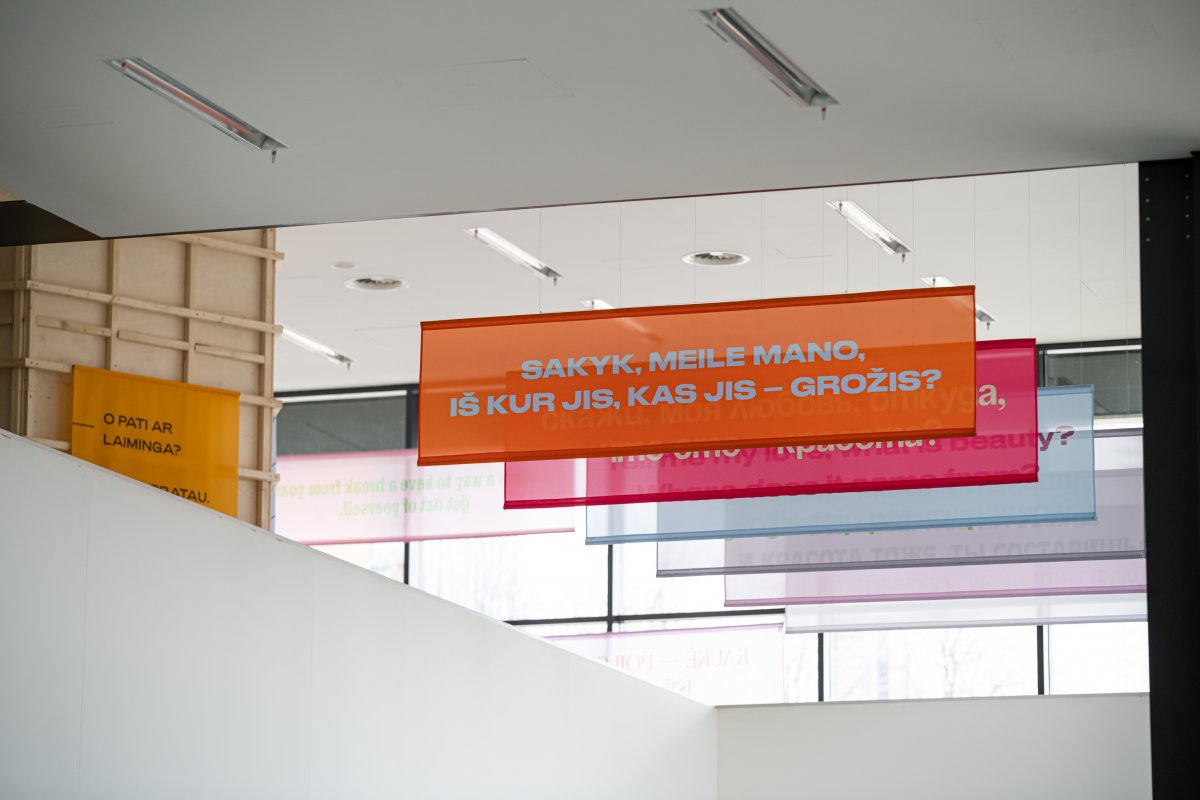 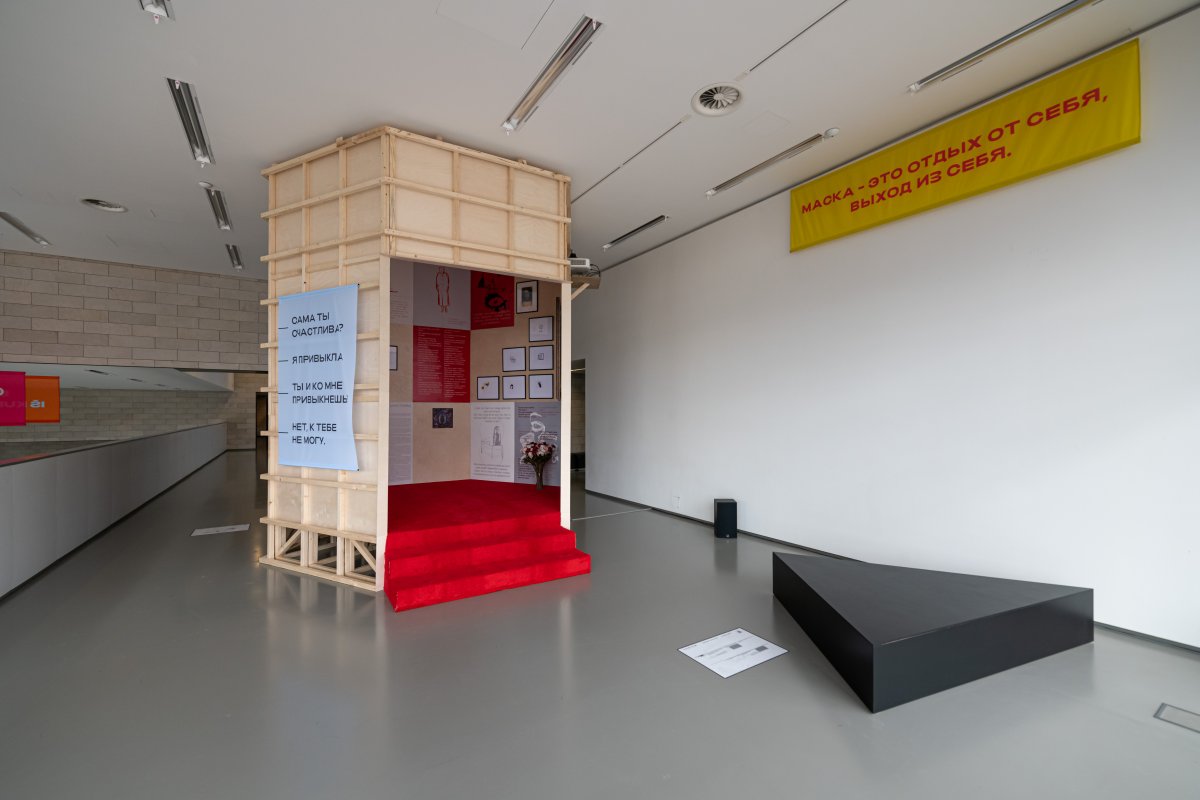 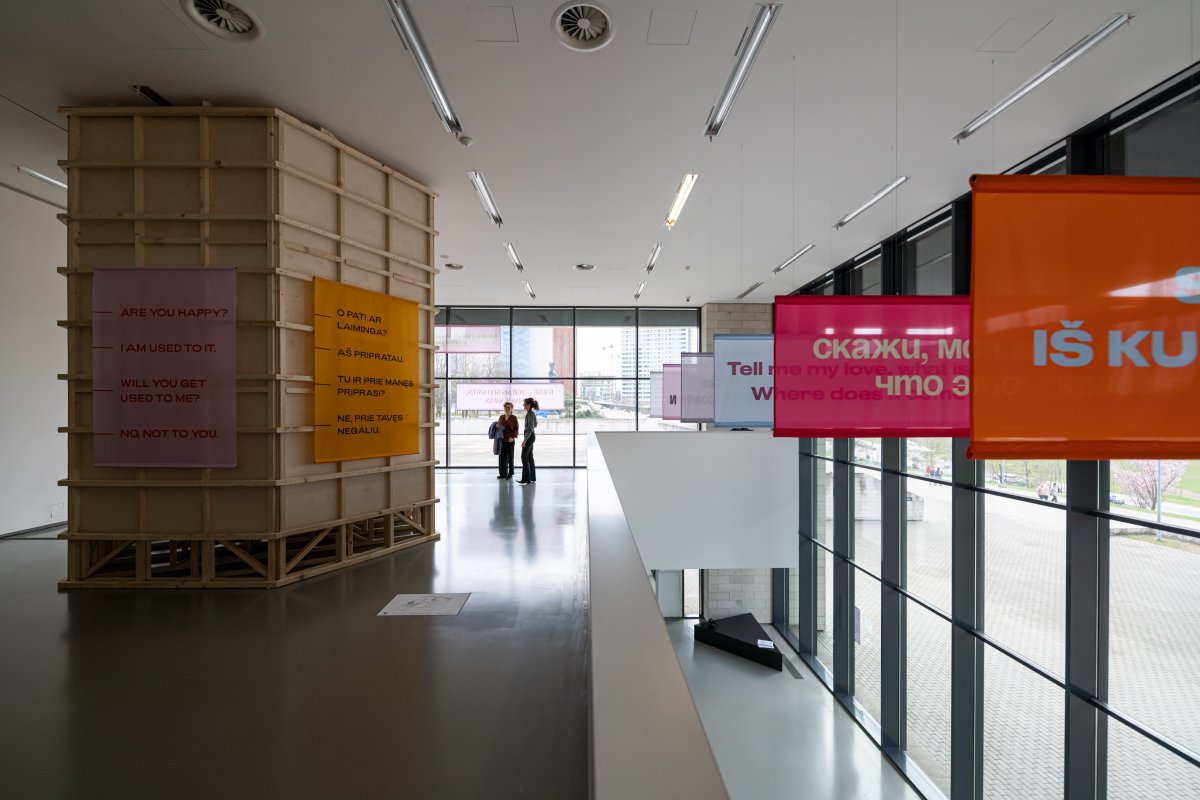 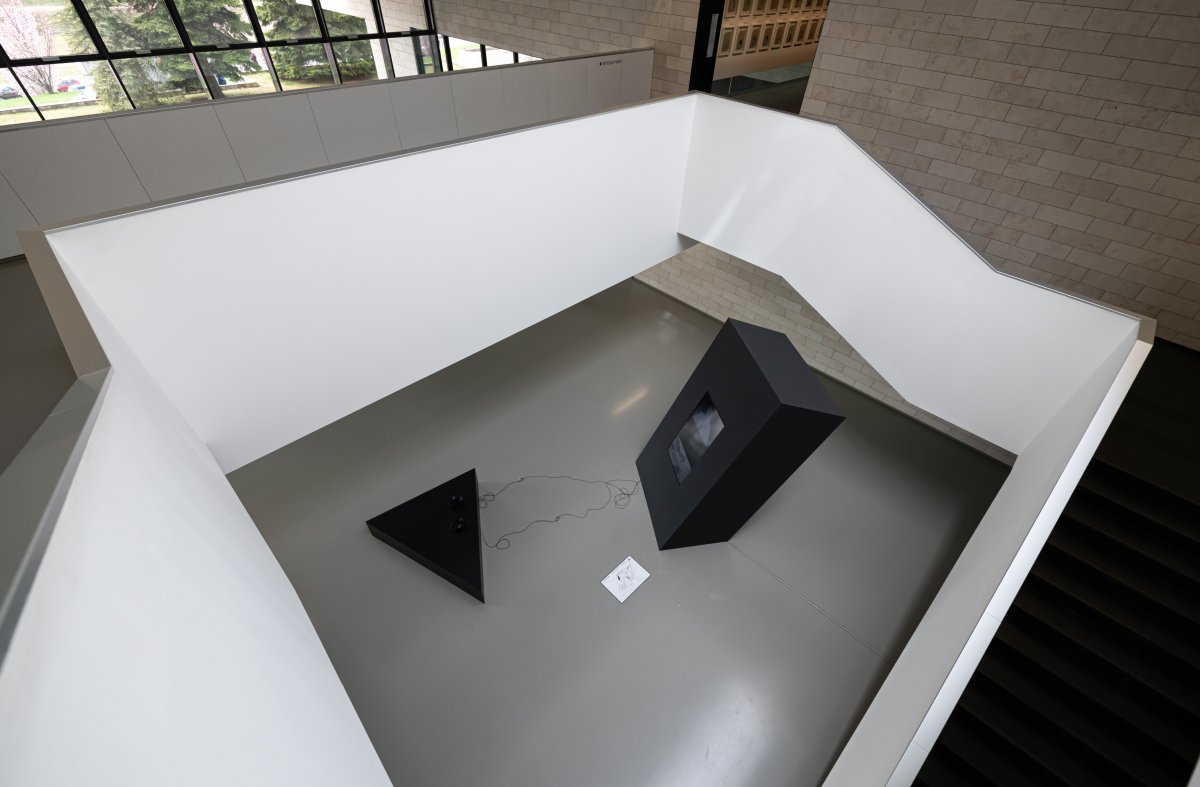 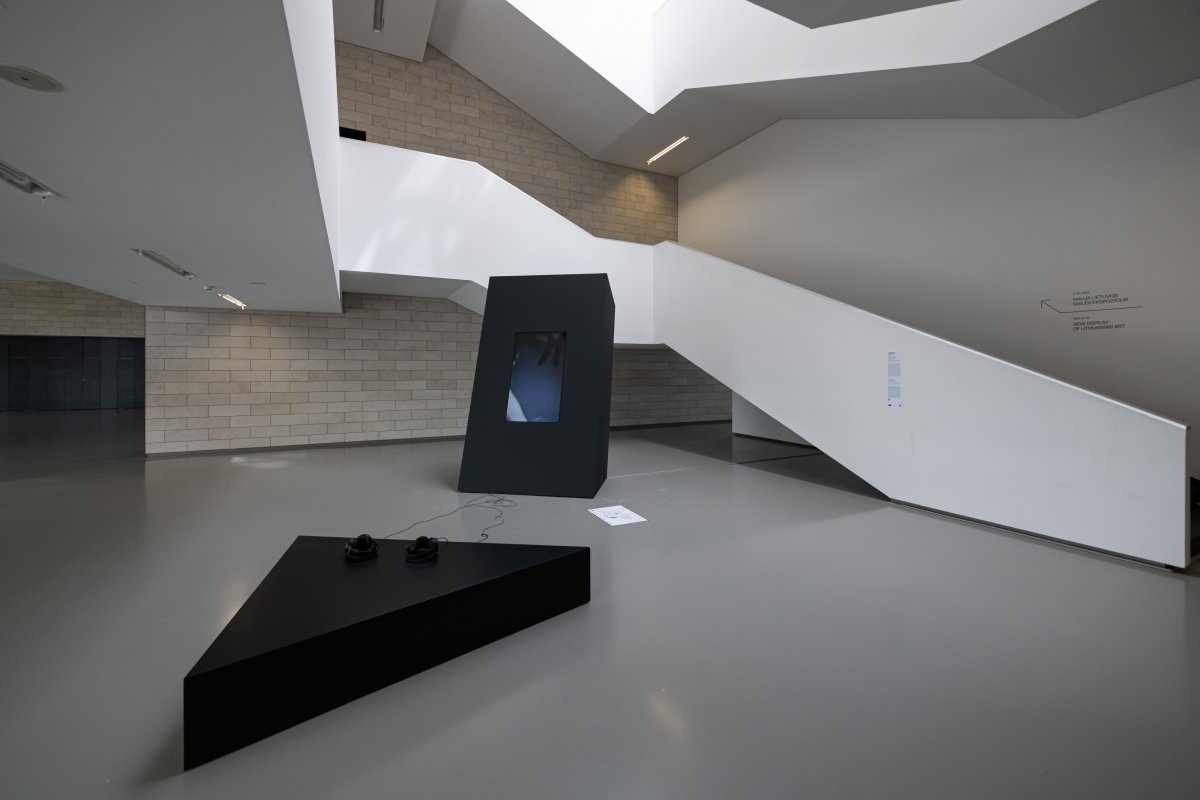 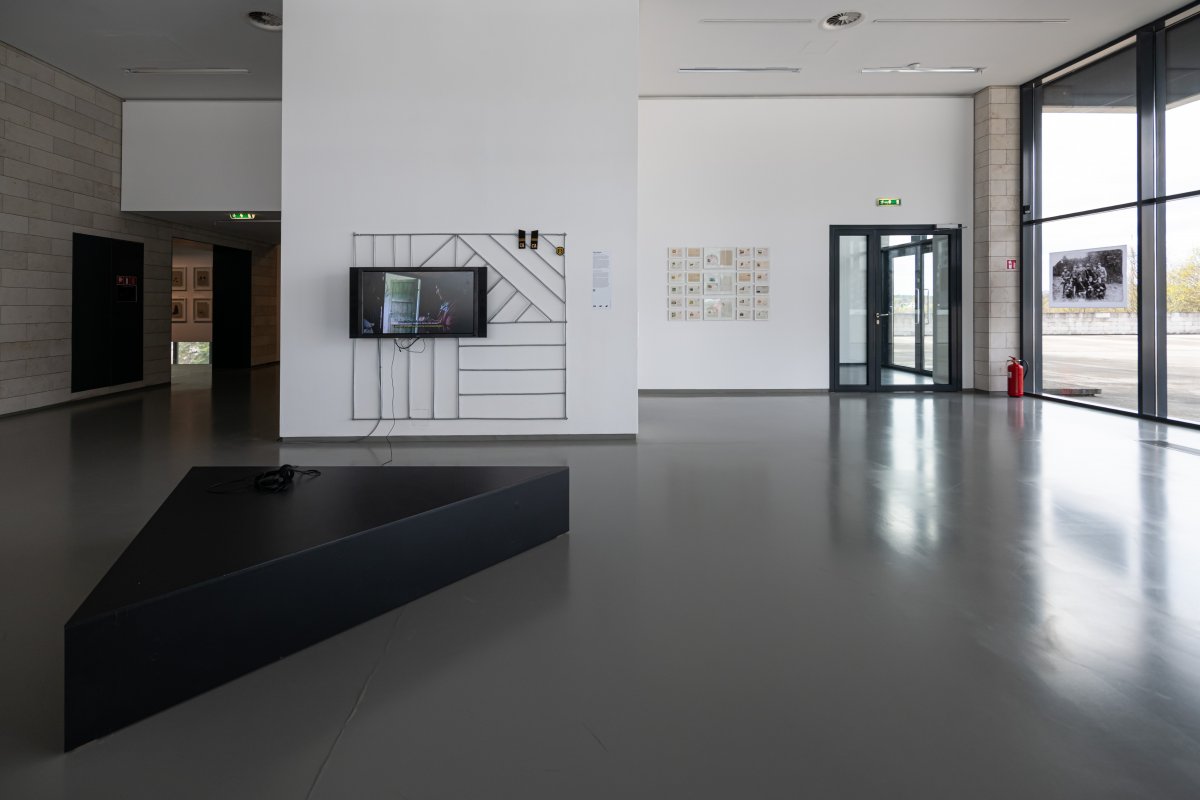 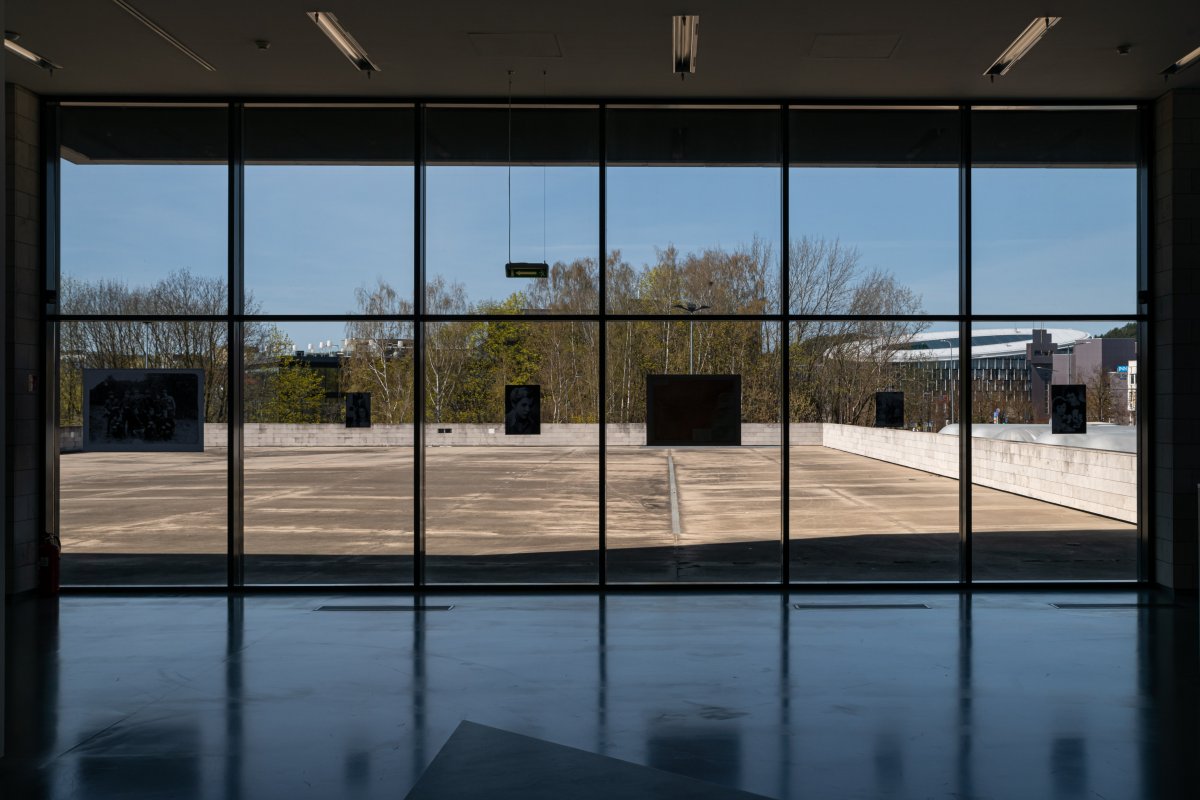 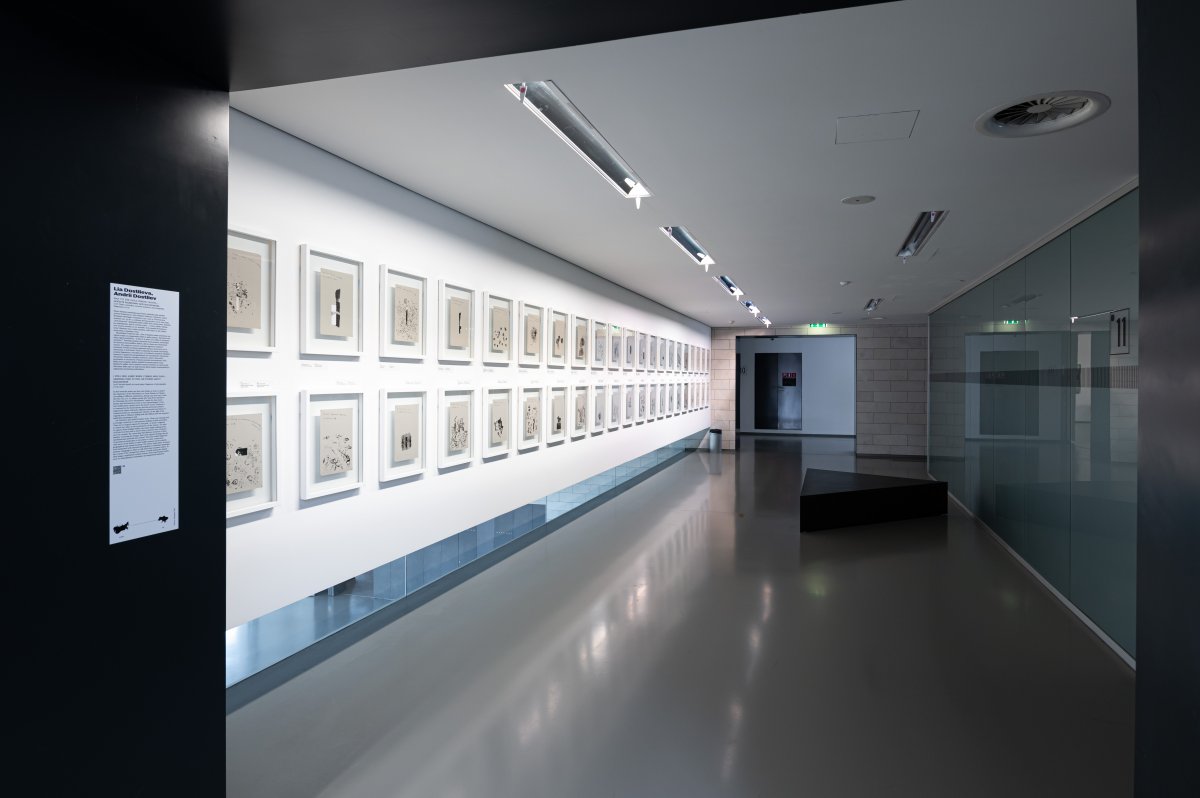 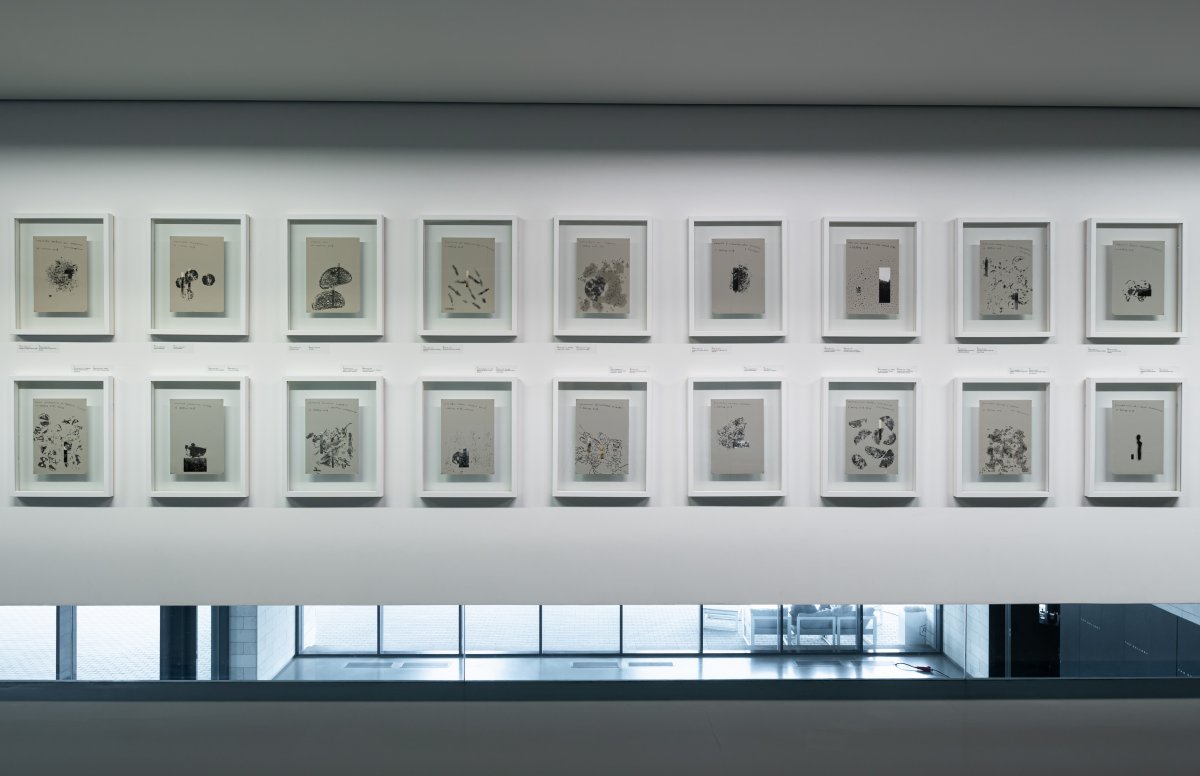 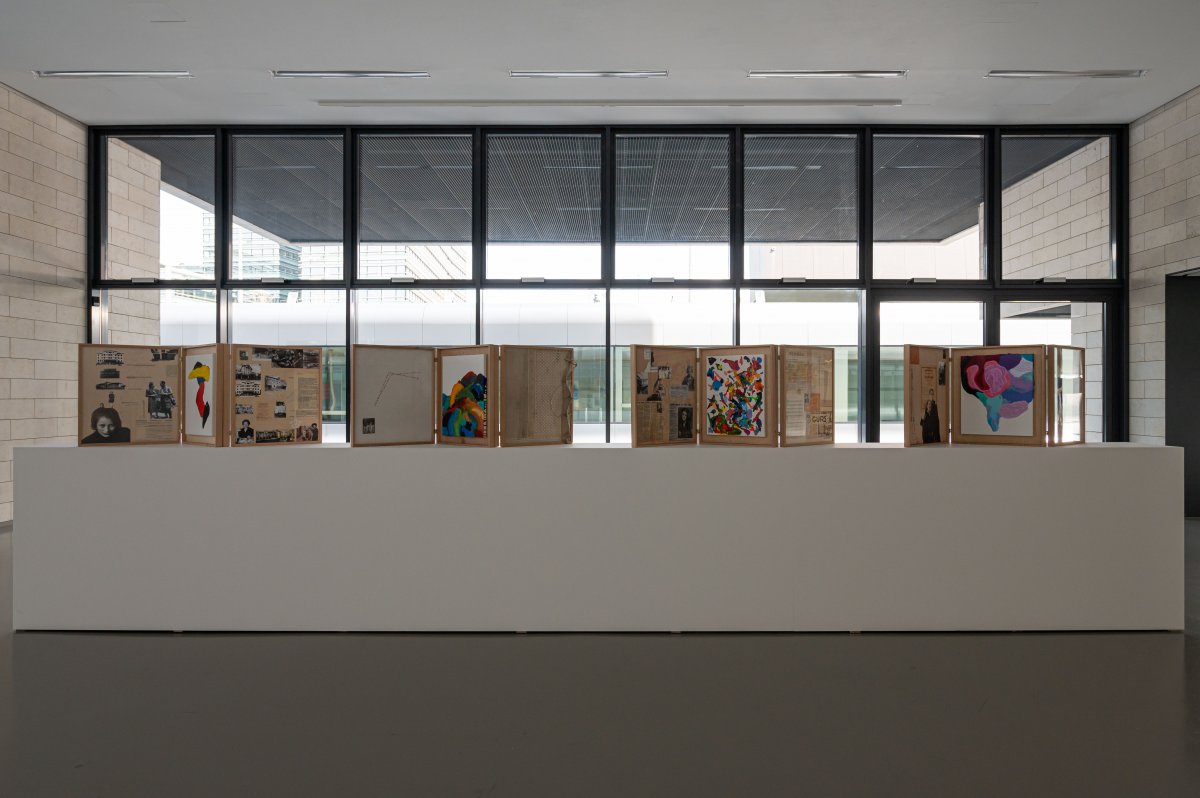 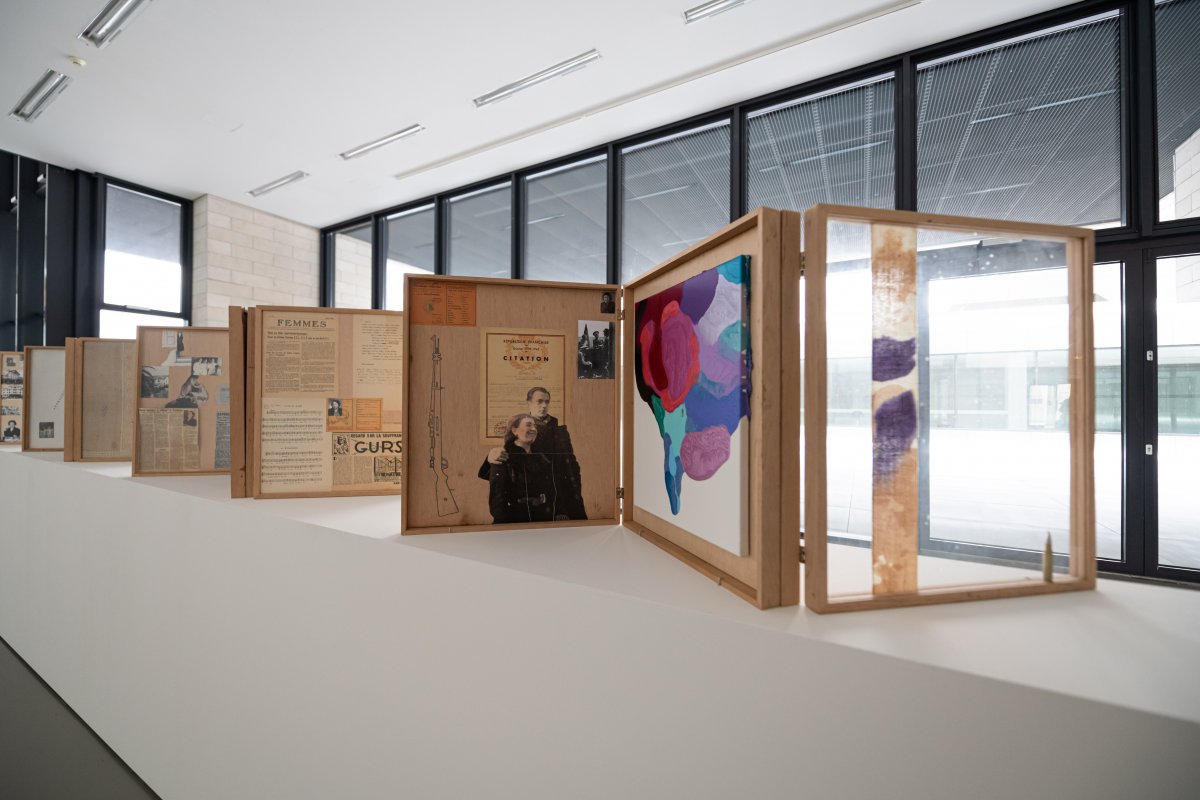 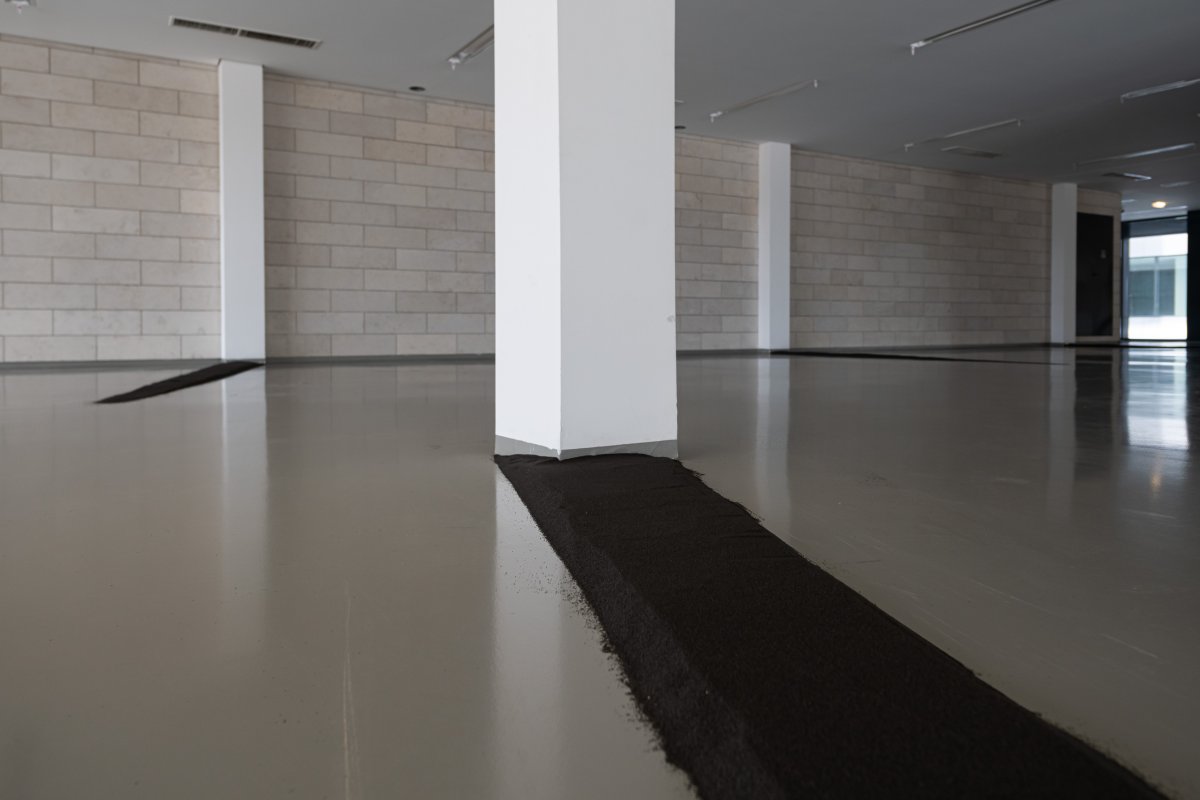 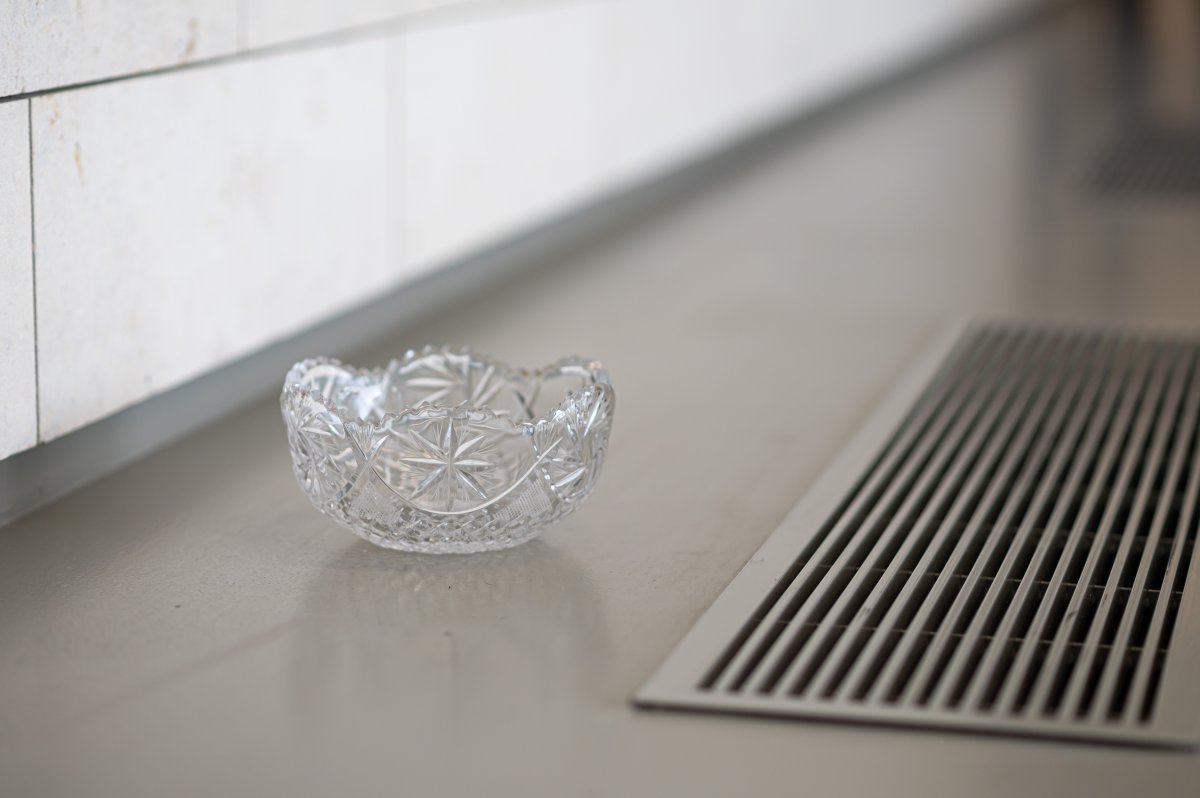 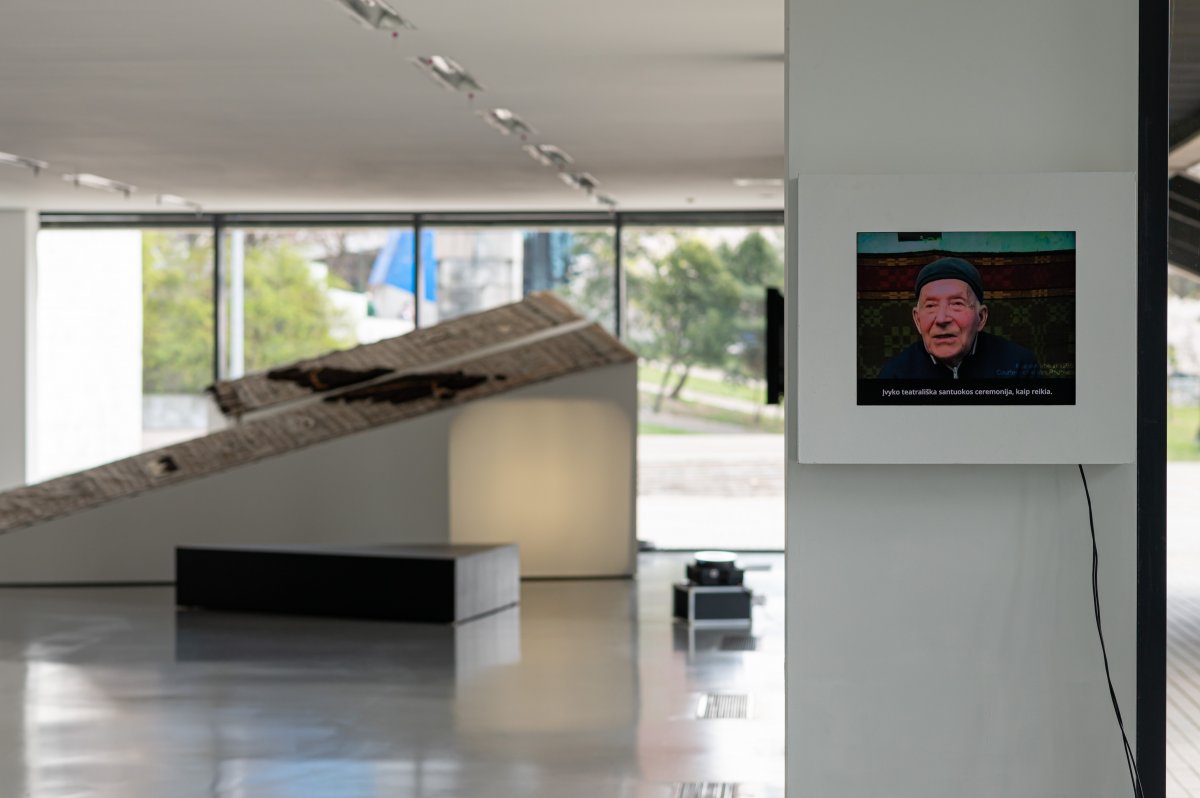 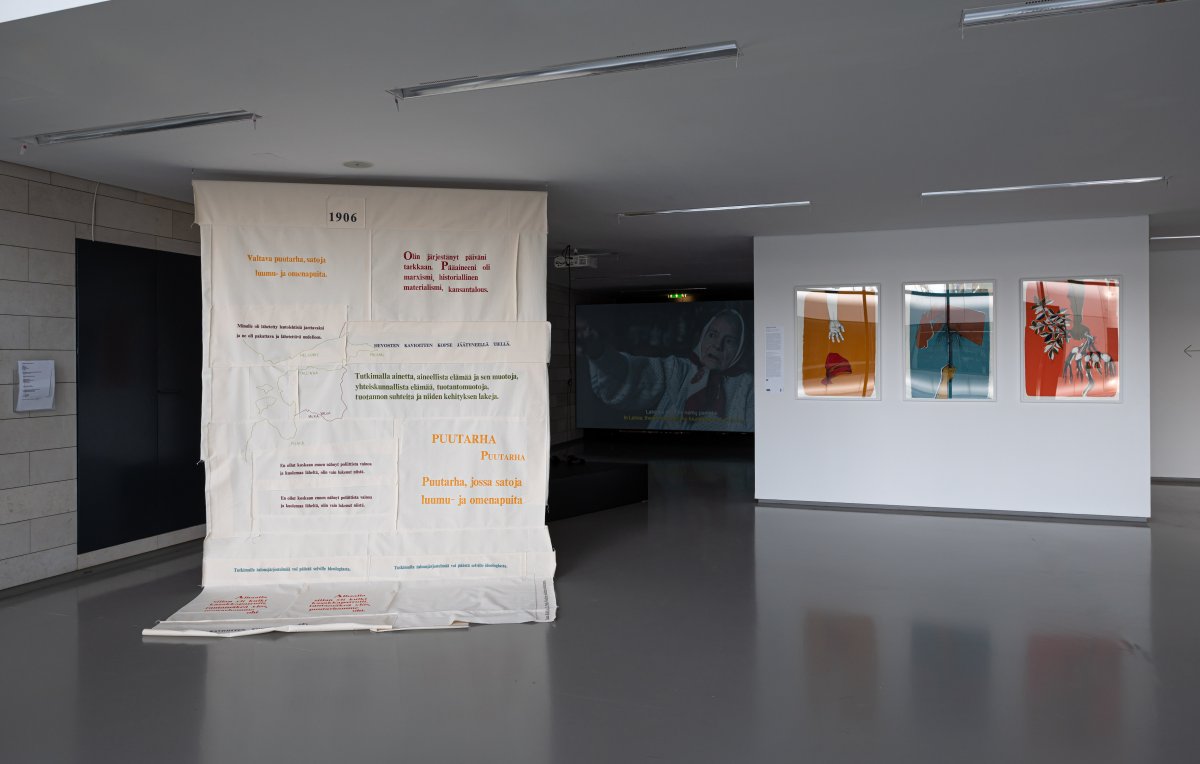 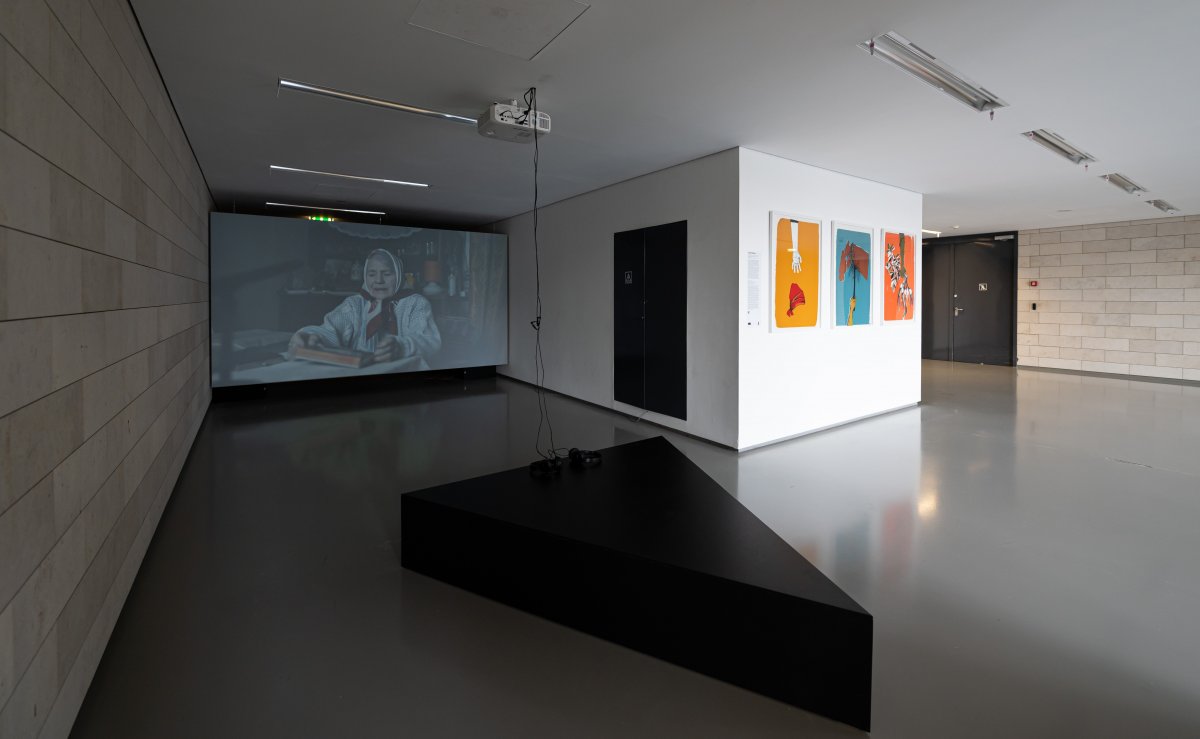 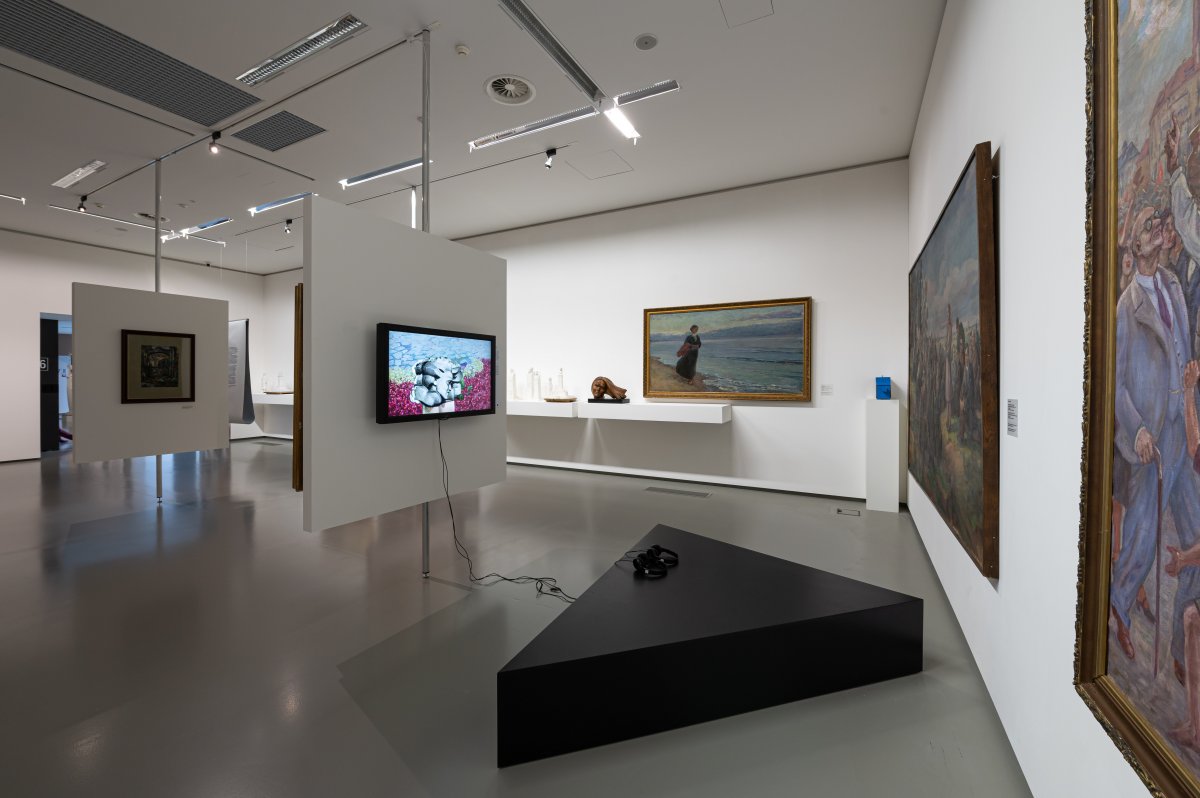 Laima Kreivytė—Mortification. In Search of the Black Book 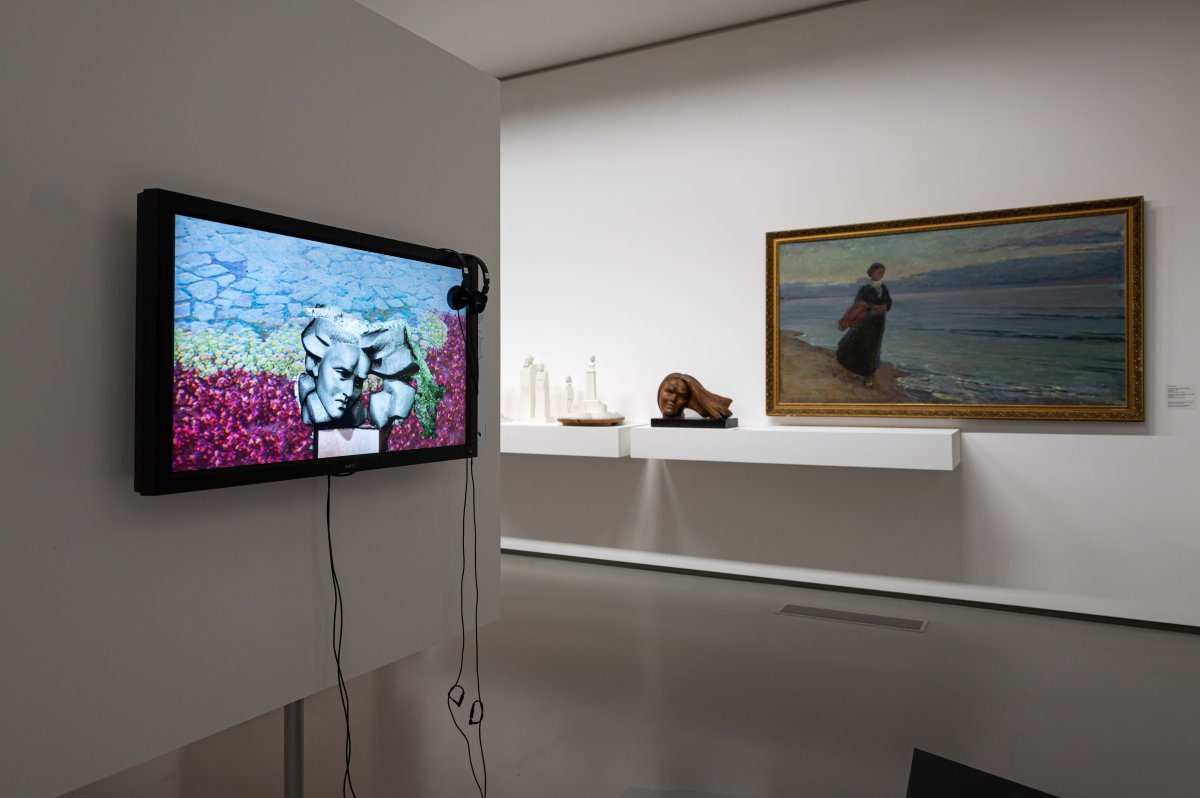 Laima Kreivytė—Mortification. In Search of the Black Book

With the beginning of Russia’s war in Ukraine, the past has returned in Eastern Europe, changing from something distant into a present-day disaster for millions of people. The invasion that started in 2014 with Crimea, Luhansk and Donetsk was often dismissed by the international community, but it has now grown into a situation that is affecting the whole world. This war hits Eastern Europe most alarmingly, reviving many silences, unhealed wounds and unprocessed memories of the totalitarian past.

We are used to thinking about past times through the lens of national histories, with their selective, smoothed and linear narrations, instead of the plural, messy and nonlinear stories shared in daily life. The difficult sides of these histories have often been neglected; instead, comforting stories are told that stress positive narratives and ways of overcoming challenges. This exhibition brings together difficult and often-silenced aspects of pasts that include violent conflicts, traumatic losses and their long-term legacies. The difficult pasts addressed here involve nationalist and communist regimes, recent warfare and histories of colonialism, the uneasy balances between modes of survival and collaboration and the ongoing specificities of post-soviet societies coping with the shadows of the past.

Difficult Pasts. Connected Worlds includes works by artists from the three Baltic countries, Ukraine, Poland, Finland and the Netherlands. The experiences the works evoke are ones that are often forgotten or ignored, excluded from official histories. Artists in the exhibition narrate those experiences through individual stories, while evoking broader layers of cultural memory. Overcoming local and national borders, the exhibition calls for reflection on the relationships between difficult pasts and their impact and presence today through the perspective of a shared history — opening dialogue, forging connections and foregrounding solidarities between the different difficult histories that are often perceived as incompatible or in competition with each other.

Paulina Pukytė is an artist, writer and curator originally from Lithuania and based in London. She writes critical and satirical articles on art and cultural issues, as well as experimental literature, poetry and plays. She makes site-specific interventions, still and moving image and conceptual projects using found artifacts, deconstructing socio-ideological myths and socio-cultural clich.s. She is also involved in the discourse of public space and commemoration and in 2017 curated the 11th Kaunas Biennial There and Not There: The (Im)Possibility of a Monument.

Ülo Pikkov is an internationally renowned filmmaker, producer and film scholar. He studied animation at Turku Arts Academy in Finland and since 1996 has directed several award-winning animation films (Empty Space, Tik-Tak, Body Memory, Dialogos). He has published articles on film and written fiction books for children and adults. Pikkov is the author of Animasophy, Theoretical Writings on the Animated Film (2010). For 10 years he was the associate professor of the Animation Department at the Estonian Academy of Arts
supporting new talents in the Estonian animation scene. In 2018 Pikkov received a doctoral degree at the Estonian Academy of Arts with a thesis Anti-Animation: Textures of Eastern European Animated Film.

Zuzanna Hertzberg is an interdisciplinary artist, artivist and researcher. Her practice includes painting, performance, textiles and assemblage. She is the author of installations and collages using archival materials. She is interested in the interweaving of individual and collective memory, and in the search for identity in the mechanism of appropriation and
restitution of minority heritage, especially women’s heritage, as well as issues of geopolitics and strategies of marginalisation of uncomfortable narratives. She earned her PhD at the Warsaw Academy of Fine Arts (Spaces of Ignorance, 2018). She has participated in a number of exhibitions in Poland and abroad. She is the co-founder of the Jewish Antifascist Block, a member of the Antifascist Coalition, and a member of the board of the Association of the Jewish Historical Institute of Poland.

Matīss Gricmanis is a playwright and a scriptwriter based in Riga. He is a lecturer in drama at the Latvian Academy of Culture and a chief dramaturg of the Dailes Theater in Riga. He is interested in the past and often looks to history for answers that would help individuals and communities to understand themselves and their choices. His work includes screenplays for the theatre performance Being a Nationalist (2017), the feature films The Mover (2018) and Jelgava ’94 (2019), the TV miniseries Red Forest (2019) and for Dubliners on Miera Street (2021) at the New Riga Theatre. In 2018, Matīss introduced the diaries of Kaspars Irbe (1906–1996) to Lithuanian audiences in his play The Normal Life of a Soviet Citizen Kaspars Irbe, which was presented in the festival for new plays “Versmė.” For his plays, text adaptations for children shows and film scripts, Gricmanis has been nominated for several awards, including the Latvian national theatre award Spēlmaņu nakts.

Ona Juciūtė is a sculpture artist based in Vilnius. Production is a crucial element of her practice—she often finds herself engaging in peculiar scenarios of making. Her artworks speak of the relationship between the individual and the found world, established through objects and commodities, and recent projects have explored hierarchy, history, failure and
the future of different materials. She has exhibited at the Contemporary Art Centre and Editorial project space, both in Vilnius; the Centre for Contemporary Art Derry/Londonderry; MOCA K museum Krak.w; and has been an artist in residence in AIR Niederostereich in Krems, Austria. Ona was awarded the JCDecaux Prize and received a personal grant from legendary American Lithuanian artist Aleksandra Kasuba. In 2021 her works were acquired as part of the collection of Kiasma Museum of Contemporary Art in Helsinki.

Jaana Kokko is a Helsinki-based visual artist with a background in arts and economics. She works primarily with video, but also in the fields of photography, text and drawing. Her works revolve around the subjects of language, representation and alienation with the eye of a feminist. In her practice Kokko is often interested in ‘polylogs’, showing through dialogue how our world consists of different individuals and their interpretations of reality in their historical context. Since 2011 Kokko has been working on her practice-based dissertation in political and social arts and is particularly inspired by Hannah Arendt. She has lectured at the Academy of Fine Arts, Helsinki, in the program Time and Space since 2016.

Vika Eksta is an artist and educator who employs photography, moving image, performance and audiovisual archives in her work. She has studied photography at Andrejs Grants’ studio and at the EFTI School of Photography in Madrid, and obtained her MA from the Visual Communication Department at the Art Academy of Latvia. Vika is the winner of the ADC Young Guns, FK Portfolio and Riga Photography Biennale awards for young Baltic photographers, and is nominated for the Purvītis Prize, the main award in the Latvian visual arts. She has been participating in exhibitions in Latvia and abroad.

Lia Dostlieva and Andrii Dostliev are artists from Ukraine, currently based in Poznań, Poland. Lia is also a cultural anthropologist and essayist. The primary areas of her research are trauma, post-memory and agency of vulnerable groups. She works in a wide range of media, including photography, installations and textile sculptures, and has exhibited her works in Germany, Italy, Ukraine, Poland, Austria and elsewhere. Andrii is also a photography researcher and curator. He has degrees in IT and Graphic Design. His primary areas of interest are memory, trauma and identity—both personal and collective. He works in various media and has exhibited his works in Ukraine, Poland, Austria, the Czech Republic and elsewhere.

Laima Kreivytė is an artist and curator based in Vilnius. Kreivytė is a founding member of the artists’ collective Cooltūristės, whose artistic practice merges queer feminist activism and political ideas. Cooltūristės participated in the III Prague Biennial, European Biennial of Young Artists (Brussels), Rauma biennial “Crime Scenes” and the biennial “Consequences and Proposals” (Tallinn). The collective has presented their works at Zacheta National Gallery (Poland), the Contemporary Art Centre in Vilnius, District Berlin, Soma Gallery in Cairo and Cavafy Museum in Alexandria, among other locations. Kreivytė has curated exhibitions in both Lithuania and abroad, including the Lithuanian pavilion at the 53rd Venice Biennale. She co-curated the new hanging of the permanent collection of the National Gallery of Art.

Eléonore de Montesquiou is a French-Estonian artist. Her work revolves around the articulation of private and official histories, personal and national identities. It tackles the intricacies and ambiguities of living in the margins, based on her personal experience of up-rootedness. Eléonore primarily works with video; she tapes testimonies, creating artificial memories of repressed histories. In her documentary-informed works, her camera becomes the voice of these voiceless people. Her work is based on a documentary approach, translated in films, drawings and texts.

"33 Monsters" is made in collaboration with Lucy Railton, Johanna Ruukholm, Varvara Toropkova and Peter Zinovieff:

Johanna Ruukholm is a graphic designer and visual artist who is interested in storytelling by discovering abstract and intuitive grounds. Her graphic works vary from websites to illustrated visuals, which often come to life as ceramic installations.

Varvara Toropkova is a young Estonian-Russian illustrator at Tallinn Art Gymnasium who wishes to enter EKA, the Art Academy in Tallinn. Varvara has been drawing and making music since she was born, almost. She is the same age as the main protagonist of Lydia Zinovieva’s 33 Monsters, which she illustrated for exhibition and publication.

Jenny Zinovieff was born in Gibraltar, grew up in London and studied English and History at the University of East Anglia. She met the avant-garde musician and composer

Peter Zinovieff in 1998. Retiring after many years working for Cambridge University, together they began translating memoirs of the Zinovieff family. This led them to the life and work of Lydia, Peter’s great, great aunt.

Anastasia Sosunova is based in Vilnius and works across video, sculpture, printmaking and installation. She uses personal narrative to investigate the socio-political landscape of contemporary Lithuania. From local vernacular art to social neighborhoods and religious organizations, she observes how closed groups are developed, often in reaction to other values or beings, and how they subsist through shared sentiments and the development of rituals, traditions and collective agreements.

Quinsy Gario is an artist and researcher from Curaçao and St. Maarten. Mainly focusing on decolonial remembering and refusal he is currently researching the restitution of ethnographic collections and the role of contemporary art in this. Gario has shown work and performed in numerous international venues and has been awarded numerous prizes. He is the author of two poetry collections and a collection of non-fiction writing. He is a member of Family Connection, the collective established by Glenda Martinus and Gala Martinus, respectively his mother and aunt.

Mina Ouaouirst is a visual storyteller and researcher. Her work focuses on Amazigh culture and heritage, women’s emancipation, migration and talent development through film and photography. Using these media, she investigates ways to navigate multiple cultural identities, crystallizing narratives that bring to the fore the coexistence of different narratives within and for people. In her recent practice she has been particularly interested in the Amazigh weaving tradition and the ways that carpet, as a symbolic art form, can be used to tell stories.